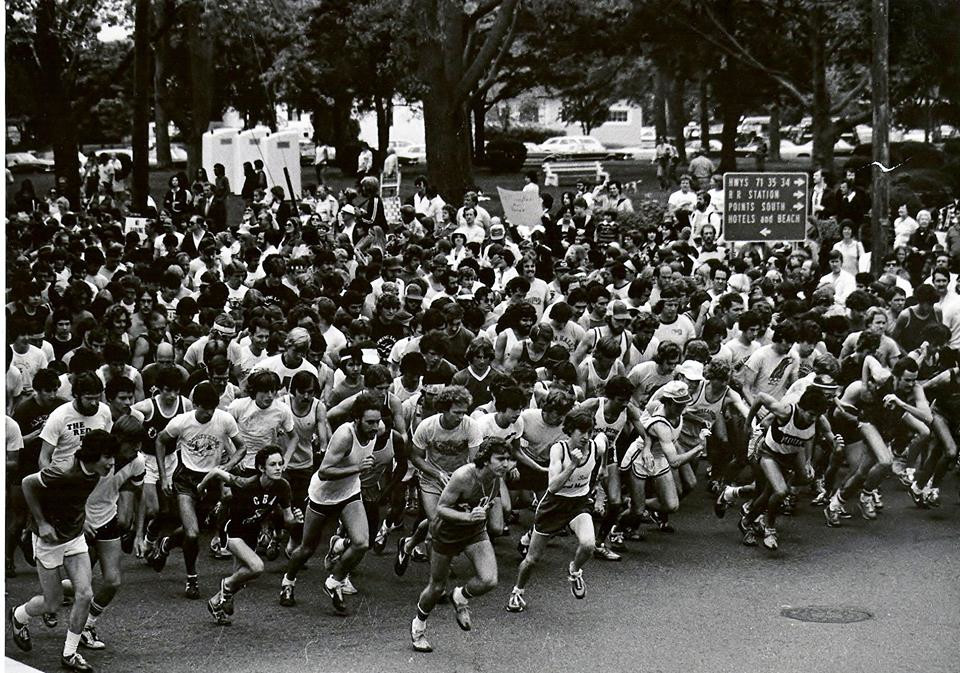 
At first glance it may seem odd that a small town on the Jersey Shore would be home to one of the largest and best running events in the nation. Since it was first held in 1977, the Spring Lake Five Mile Run has grown from a small local fun run into New Jersey’s largest road race and a nationally recognized event. Despite this growth the race has remained a low key, non-commercial event.

The Spring Lake Five began in 1977 as a project of the Recreation Committee and the Town Council. Councilman Richard Gardner, the council’s liaison with the Recreation Committee, recruited the town’s running “guru” Tom Baum for assistance. At this time, running was not a wildly popular sport and most running events were geared to small groups of serious participants. However, the running boom of the late 1970′s was beginning to sweep the country. Inspired by the Olympic successes of marathon runner Frank Shorter and the writings of fitness author Dr. Kenneth Cooper, more and more Americans were lacing up their sneakers (they weren’t even called running shoes back then) and taking to the streets.

The initial concept of the race fit perfectly with the mind set of this new group of running enthusiasts. The plan was to stage a low key event with the emphasis on having fun and treating each runner equally. Awards were kept to a minimum and each finisher received a commemorative T-shirt. The organizers designed a scenic course which looped through town and ran down the length of the boardwalk. The race started and finished in front of the Municipal Building immediately after the close of the town’s Memorial Day ceremonies.

The first race, held on the afternoon of Memorial Day was an instant success. Over five hundred runners of all abilities completed the course that May afternoon. While this sure seems modest by today’s standards, it was an extraordinary turnout in 1977. Road racing was a cult sport at that time and very few events could attract hundreds of participants.

The next three years saw the race grow steadily. By 1980, over a thousand runners came to Spring Lake. The challenges of managing this growth were large. Local resident Dick Kinney took over direction of the event in 1979-1980 and guided it through this period of growth. During this period of time, it seemed that every local town was starting its own run. In the face of this competition, the success of Spring Lake’s event continued, and it soon became a fixture on the shore area’s running calendar.

After the 1980 race, Kinney stepped down as director. His successor became involved in the race through an unlikely chain of events. Dr. Robert Hazel, an avid local runner, was quietly spending a winter evening with his family when one of the borough’s snow plows misjudged the width of the street and in front of the his home and damaged the curbing. The damage to the curbing was small, but the benefit to the race was large. For in his conversations with various town officials about the curbing, the subject of the race came up. The town officials discovered Dr. Hazel’s interest in the sport and prevailed upon him to take over the direction of the race.

Under Dr. Hazel’s direction, the race began the process that would make it one of the sport’s best run events. Up to this time, road racing was an informal and erratically administered sport. However, the early 1980′s saw the sport mature and runners become more sophisticated. Many of the early races soon found themselves unable to meet the challenges presented and simply disappeared. During the early 1980′s Spring Lake began a tradition of leadership in the sport.

Dr. Hazel soon found that the time involved in putting on the race had grown tremendously and recruited John Haulenbeek, another local runner, as co-director. He and Hazel would direct the race together for the next two years, with Haulenbeek remaining as sole director until 1986. During this period the start and finish areas were moved to the beach front and the race date was changed to the Saturday morning of Memorial Day weekend.

The race grew explosively during this six-year period. What had been a fairly large event of fifteen hundred runners grew into a huge event attracting almost 4,500 participants by 1986. The reasons for this growth were varied. During these years many new developments were added to the race, such as the insistence in a high-quality T-shirt without advertising or the positioning of water stops at each mile. Giving a medal to each finisher or accurately recording the finishing times and places of every runner in a race of this size was considered groundbreaking. When these technical advances were coupled with the beauty of the race course and the friendly attitude of the town’s volunteers, the result was a hugely popular event. This era also saw some of the fastest runners in the region compete at Spring Lake. Olympic athletes from Poland, Somalia and Ireland all found their way to the shore for Memorial Day. Poland’s Gene Stacha’s time of 23:16 from 1983 remains the course record today.

In 1986 Haulenbeek stepped down as director. He was replaced by a group of area runners organized as the Miles Ahead Athletic Club. This group, under direction of Karen Berger Haulenbeek and with the cooperation of the Recreation Committee continued the traditions and growth of the race. Under their guidance, the event has grown to over 7,000 participants. More importantly, the race has become a major benefactor of the town’s recreation program, schools and volunteer organizations. Last year the race raised over $25,000 for these organizations.

In 1993 a new event was added to the race. On Friday evening of Memorial Day weekend, the first Spring Lake Five Children’s Race was held. This event consists of a series of noncompetitive races for children from four to fourteen years old. The event, benefiting the Spring Lake’s Drug and Alcohol Alliance program, was an instant success and now draws nearly 2,000 participants.

The 2023 race will be its 45th running. More importantly, it will continue to welcome runners and walkers of all ability levels and treat each of them all like champions. This concept of welcoming every participant, whether a five or fifteen minute per mile runner is an integral part of the race’s mission. This low-key accessibility is at the foundation of the race’s success and has caught the eye of the national running media. The race has been recognized by Runner’s World Magazine as one of the top 100 races in America. The reasons behind two decades of success are varied, but one is preeminent: this is an event that enjoys the support of a wide segment of Spring Lake. From the hundreds of residents who run or who volunteer, to the support the race receives from the governing body and the personnel of the police, fire, first aid and borough maintenance departments, this is a town project. These people come together and provide thousands of runners with a friendly and well-managed event. 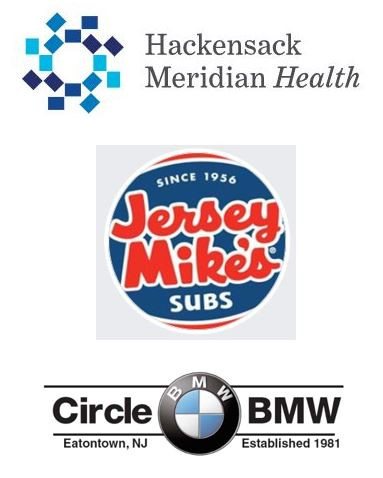